” Every woman becomes their mother. That is their tragedy. And no man becomes his. That is his tragedyâ€ ~ Oscar Wild.
Growing up, I was always told that I was her splitting image. Some even called me by her name adding “little” as a prefix. I never believed that though. I knew she was beautiful. I used to think my mother and I had very little resemblance in character too.
I always felt I was the level-headed one. I was adamant in pointing out her weaknesses; ” mistakesâ€ as I used to prefer to call them. I also, often, feel patting my own shoulder for turning out to be successful, despite being raised in a household with limited resources and means. Little did I know or dare to acknowledge that all I am comes from her hard work and the sacrifices she made. And the more self-aware I become, the more I realize that she was an amazing woman. I am becoming like her in every sense, weaknesses included, apart from the look.
My mother, in every sense, was a woman who was ahead of her time. While in high school, she got pregnant. It was unacceptable for a woman to have a child alone then, so she married the man. She had to drop out of school to have my elder brother. But she was good in school and wanted to go back.
She went to the clinic to get pills or something so that her school won’t be interrupted by yet another pregnancy. Next thing she knew, she was three months pregnant. Then something happened. Even though having another baby was like a death sentence for her plan, she wanted that baby to be a girl. She went to church to pray, to say that if she had a girl, she is going to take the baby to St. Mary’s church in farthest place for the christening, as a token of thankfulness. So, her wish was granted and the baby girl she got was me.
My mother still wanted to go back to school despite strong opposition from my father and her parents. Their wish was for her to stay home and raise her children.  The silver lining though was my father working in another town, which meant he wasn’t going to stop her.   When he learned that she started school again, he turned violent. Long miserable story short, my mother filed for divorce. Again, it was not  easy to get a divorce back then, given  it is the woman who dares ask for it.  It involved lots of back and forth with the court that referred the matter back to the ” Shimagilesâ€, male elders from a community, doing the negotiating and trying to keep the marriage.
The articles that governs family were in the Penal code (the 1954 Imperial era law copied from French law and it was changed when the family law was enacted in 2000) and divorce was only allowed due to a ” very strong reasonâ€. How can any reason be a strong one? That was going to be decided by the judge. Therefore, the case dragged for years. Meanwhile, my mother  trained as a primary school teacher. Started to work and able to pay compensation for my father for filing for divorce. It took my mother some yearlong deductions to pay off for a ticket to her freedom. 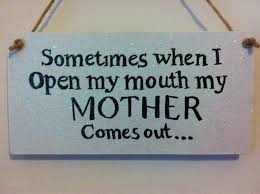 With all the privileges and entitlements, I claim, as a person who advanced well in career and education, I face lots of challenges while trying “to have it all”; balance a career and a family in a society that still believes women are better off as homemakers. I truly admire and cherish her for the kind of life she created for herself. I wonder how she managed to proudly claim the term single-mother some 35+ years ago. How she persevered, going against culture, expectations and all with little resources.
Ours was, and still mostly is, a culture that doesn’t let women have a say on their own bodies. A culture that doesn’t respect women’s boundaries, a culture that can’t take ” noâ€ for an answer, a culture that buries women’s sexuality in guilt and shame. This is about a culture that, imperceptibly, seeps its values into the minds and hearts of well-meaning parents until that culture’s most awful beliefs about women come flying out of the mouths of the ones that love us most.
My mother never re-married. She raised us as a single mother, even before that term became  an accepted term – relatively. Through advice and action, my mother consistently instilled in me that having a man is not what makes me whole as a person among other things that she wishes me to have. Like putting my education and career before anything else. She taught me to be a voracious reader, a person who loves solitude. Most importantly, a person who to listen to my heart and goes after my desires.
I also have other behaviours  she instilled in me, that I do not desire much – the mood swings, the boredom, the alone-ness, though mostly self-imposed – which I believe I also got from her. Well, since I had no chance to know my father at all and he had no role to play, I bet the genetics and influence were all hers.
I believe what I do in most days of my life was about living up to my mother’s expectations. I always look at choices and decisions, including very personal ones, through the lens of what she would think and go about it. My happy moments and contentedness also come from the hope that I exceeded most of them by far.
~
by Bethlehem Negash Woldeyohannes (Ethiopia)

From Foetus to Woman