Kelemua Tadesse is in her 60s and currently living in Addis Ababa. All the people who know Kelemua well consider her as a brave woman with many untold stories. As AfricanFeminism (AF) is featuring the HERStory ስለሷ· series, I wanted to know why and how they believe she is a brave woman. She was in the middle of preparing Injera for the market when I went to chat with her and waited till he was finished.

To begin, I asked her if she remembers the time she was born. She replied, ” You know it’s inappropriate to ask a woman for her age but the young generation totally forget about itâ€ while smiling. ” It’s really hard to tell that when you are born in rural part of the country, but I think I’m in my 60s nowâ€ She used to help her mom in house chores, played with her relatives and neighbours until she came to Addis Ababa to live in her aunt’s house at the age of 10. It became frustrating for her to stay at her aunt’s place, even though she was helping her in housework. She continues, ” It’s really hard to live in other people’s house doing nothing whilst growing up. One evening my uncle was having a conversation with my aunt about a place called ‘Minalesh Tera’ in Merkato, a largest local marketplace in Ethiopia, and how the women working there sustained their lives. I went to see the place the next morning. I asked the women how their market is and if I can be successful there. They told me to start as soon as possible if I want to be successful because some of the land is going to be given for others. So I took this chance and started my first job in 1970sâ€

Because she was engaged in the informal market, disagreement with police officers in the area was a common phenomenon. She recalls how they used to pay fifty cents to small kids as surveillance fee so they alert them when the police officers approach to their marketplace. It was hard if the police officer caught them. They used to be beaten and their properties confiscated. They often had to pay 15br per police officer so they could return their items. She added, ” 15br was probably my 2 month income back then.â€

One of her unforgettable moments occurred 2 years after she got married and her son was only 10 months old. Financial instability became an issue of disagreement in the house. And her husband refused for to go out and work. When the problem persists, Kelemua decided to begin her informal job going out after her husband left for work and returning before he came back home. One morning, she left her son at her friend’s place and went to Merkato. It was only three days prior to the New Year and the market was incredible, and so was her income, she shares. She was negotiating with a customer while the police approached and took her things. She cried and begged them all the way to the station. She even told them she would give them the 20 birr that she had in her pocket. Nevertheless, they were not willing to return the items. When they reached to the station, they found the station officer in the compound. Kelemua told him, she is doing this because she cannot feed her son while being a housewife. ” While I was crying and saying this, they were making fun of the things I was sellingâ€. It was irritating for her as she planned to buy new clothes for her son from the income she expected to gain in the new year.

A day passed by as Kelemua plotted how she was going to get her things back but it wasn’t that easy to come up with idea. On the eve of the holiday, she waited until her husband left the house. Then, she carried her son and went to the police station just to give the officer 35br. That was all she had. She met the station officer at the gate. He told her he doesn’t want to see her face, let alone hear her voice. Although his arrogance broke her heart she couldn’t hold her tears when her son was crying. Witnessing this, the police officer calmed down and said, ” You sound like my mom. She did whatever it takes not to see see us starveâ€. They later went together to the store with the station officer and retrieved her items.

Local thieves have also been Kelemua’s nemesis. They stole her item many times and she shares ” they are doing this because they believe we are weak, as a woman and we cannot persist in the market if some shock happens to us.â€

I asked Kelemua if her husband knew about her informal trade. She smiled and told me he burnt all the things she was selling when he found out the first time. He strictly informed her to not do it but she never quit. At last, she is grateful that her kids are very successful now.

In winding up our dialogue, I asked her if she stopped working. She replied, ” No, I have to sustain myself financially so I’m still working. I want to advice all girls to depend on themselves and work hard. This will give them the greatest satisfaction later in their lives.â€

~~
We’re very grateful to Kelemua for giving us consent to share HERStory and image. 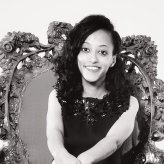 This HERStory ስለሷ· has been captured by Selamawit Tezera,  an economics student concentrating on development economics with a particular interest in health and gender economics. Growing up in Ethiopia and observing society’s attitude towards women has shaped her to be a feminist at an early age. Selamawit also works at Earuyan Solutions.

Mother says there are locked rooms inside all women.*

0
africanfeminism September 27, 2018
No Comments Yet