Fem*i*nism  -the case of South Sudan, where the act of fem*i*nism has existed way before I was born but has not been called out– Fem*i*nism.  Women in South Sudan have been practicing feminism though they have not called it out loud! Now the question we should be asking ourselves is why don’t we declare “I am a proud feminist”?

When AF asked me to start writing, I had no clue on how I will go about it as I have never written before. So how about I start by deconstructing the F word and why it matters to me as a South Sudanese feminist.

Fem*i*nism –the belief in the social, political and economic equality of the sexes.

E-Energy of activation that is so,

M– Magnetic-that once you are drawn into that space, your energy is   activated and you do not wish to leave and the energy initiates the power within you that you push for  Feminism  to be

I-Inward ignition has been steered into a

Madly  in love with FEM*I*NISM  and just want to see the world in a better place; a world where woman-beings are not left behind. A world where women do not have to fight to be accorded what we deserve.

This is how i define and experience FEM*I*NISM, yet  in most cases, FEM*I*NISM is seen negatively. As  F-Frightful- how dare you demand for equality?  ” We are not equalâ€ is most commonly states. Yes we may not be equal in height and weight but the fact that we are all humans is enough for us to have equal opportunities. E– Energetic is seen in a negative way- I have been told “You feminists have a lot of energy.” The way it’s been put out there was like as if it was disgusting to be feminists and a bad thing to have a lot of energy. We’re viewed as  M-Mad. To mean crazy. I have also heard phrases like feminists are mad women. This actually gets me madder because feminists are not only women but also men who believe in the equality and humanity of both sexes, but when it comes to the negativity in the Fword then the madness in the Fword is seen to be only one sided or the male feminists are seen to be ” not fully men.â€ Why wouldn’t we be mad with all the injustices and oppressions towards women in this world.  S*inners is another misperception. Personally, I have been attacked and called a sinner for defending the rights of women. If defending rights of the most marginalized in the society is a sin, then I am a very happy sinner. Finally,  Menace- that feminism is dangerous. Well we have been in danger for long, and have to get out of it.

It’s time to call out the F word without fear, without shame and without fighting. We are all humans and therefore do not have to fight or to be fought against to claim that.

Imagine if everyone was a feminist, what a beautiful peaceful world we would have! 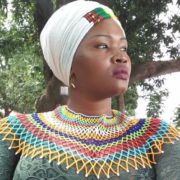 Our revolution is not a battle of fine phrases