I think, I should start with the disclaimer, I am a feminist, an African feminist to be exact, pledging my allegiance to the African Feminist Charter, which, among things, affirms that women rights are women’s rights, no ifs, no buts, no howevers. Unlike some of the other feminisms, African feminism acknowledges Africa’s historical colonial realities, hence, our battle is twofold: to detonate patriarchy and dismantle patriarchal capitalism and neoliberalism.

As an ideology, it engages in the politics of equality of gender and sex in the economic, social, and political arena both within the public and personal spheres. Yes, as feminists we know that before us, there is me; us is a collection of individual selves. Therefore, the rights of ‘me’ should not be lost in the rights of ‘us.’

That being clear, allow me to start with a very common phrase used by virtually all climate change fighters in the African continent, ‘the least responsible are the most impacted.’ While everything said in this phrase is absolutely true, the overemphasis and comfort of basing our entire analysis in this single phrase is pushing us far from understanding the root cause of climate change and climate change crisis. It also limits our scope of critique and activism.

With no doubt, climate change is a direct product of the patriarchal capitalist economic model built on destruction and overexploitation of human and natural resources. The destruction and oppression of women through control of woman’s body, mind and labor is part and parcel of this process.

Capitalism’s insatiable thirst to exploit, oppress and accumulate over and over again has gotten us climate change – the environment/nature is doing us a favor to fight the patriarchal capitalist system which, ‘us’, learned human beings with the highest level of intellect have failed to fight. How ironic!

Under normal circumstances, we should know, by now, that the patriarchal capitalist system ought to be overthrown if we have to fight climate change. But that is not a conversation we are having. The ‘us’ has chosen to repaint the broken system with nice shining colors  – the green economy, the blue economy, the black economy on the making and, for sure, the red economy will be inevitable.

The dazzling painting has led to, among other things, accumulation and privatization of the solutions to fight climate change. I mean, they have created the problems and they are now selling solutions to us. Sadly, while our governments and NGO supporters are screaming loudly for the polluters to pay their fair share in the name of ‘climate finance,’ the capitalists in polluters’ land are working hard to invent all sorts of material solutions; mini-grids, climate resilient seeds, fertilizers, solar, degradable packaging and the list goes on and on. The very finance provided by their government (the responsible) to our government (the most impacted) will go back to expand their industries, create jobs, consume more and, of course, destroy environment a bit more.

These imported material fixes to the complex, systematic, structural and ideological problems have taken us from recognizing climate change as a ‘real problem’ to living ‘climate change crisis/emergence.’ Indeed, we are now dealing with the climate change crisis, which is a manifestation of how broken the system is. Yet the crisis today is fuelled by unequal and unbalanced relations of power. The wealthy and ‘the mighty’ have the means to deal, adopt and mitigate climate change shocks and extreme weather events, the poor and ‘the wretched’ are left to drown, die or tied to vicious cycles of endless poverty and hopelessness.

Years of climate change resilience failure in most of the African countries has exposed our hypocrisy. We – the people of this continent – have sold our souls to the same colonial masters who chained our ancestors, we have accepted the modes of development which turned us to the ever expanding markets of the colonial master’s goods and services, we have embraced development metrics and listings which ignored the difference, wellness and wholeness of the human creature, we signed for electoral democratic ideals which merely grants systematic short-term solutions (within electoral cycle) to long-term problems.

Well-wishing NGOs and climate change experts continue to tell us that African governments need to come together and negotiate as one, pretending they don’t know that polluters are equally busy strategizing and financing their narrative to be the only narrative. I guess I should commend the neoliberal machine for its impressive co-option of some of our very own best and brightest who sing polluters’ song in the name of ‘technical expertise.’  I guess I shouldn’t be surprised or expect anything different from what I now find peace in calling a ‘men club’ or ‘old men club,’ to be specific.

Progressive NGOs and multinationals are now telling us, ‘we know, men and women are impacted differently, we recognize that.’ Really? That should be covered in your ‘feminism for dummies’ course.

What we should be debating now is how we can carry out the demolition patriarchal capitalism and neoliberalism which have granted hierarchical power, rights and privileges to the ‘almighty few.’ We need to expose the intersectionality of, among others, gender, race, class or status, age, and able-ism in fuelling climate change crises. Importantly, we need to take back the ‘right to think’ and embed feminism in our desire to equitable, sustainable and prosperous Africa.

Patriarchal capitalism has indeed brought to us climate change and climate change crises, inequalities and injustices. The fight against climate change should, therefore, be an anti-capitalist fight. And, for that matter, a feminist one.

This article was first published by Udadisi blog 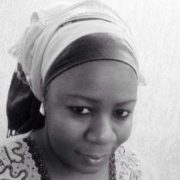 'My Days Don't Have A Price'

Seedlings or a Girl: Access to Justice in Ethiopia

Our Focus for Feministing in 2019: Just Get to Work