Rape culture is real. It’s not just about sex. It’s huge and it stinks. No, it’s not just a myth, it’s more than a conspiracy theory being purported by angry, sex-starved feminists. It’s real and we need to start having serious conversations about the topic, and actively call out rapists and rape apologist for who they are.


Rape culture includes any form of social conditioning that tolerates, excuses or normalises/trivialises all forms of sexual violence and is enabled by rape apologists who by their actions or utterances defend acts of rape and sexual violence.  This is prevalent where sexual abuse against women is present and that’s sadly all societies around the world. It may be one of the few things that dishonourably exists within all cultures globally and goes to show how the patriarchy is revered.
If I could dare you to look at the wo/man in the mirror, you may see a rape apologist looking right back at you. They are in our homes, communities, schools, offices and on radio. You’ll be shocked to find that your colleagues, siblings, co-worker, supervisor, best friend or spouse is a rape apologist. Sometimes, they are the people we look up to. But we all need to do better.  It’s not impossible to interact with about 30 people and not get at least 30 people who enable rape culture both consciously and unconsciously! While this may be shocking, it takes acts as little as making a simple jest about rape to create an enabling environment for the monstrous rape culture to thrive.
What makes you a rape apologist? Rape culture includes but is not limited to rape jokes, utterances, cultural practices and traditions, words, Human Resource policy failures , images, etc that aim to make violence against women and sexual harassment and coercion seem so normal.  You enable rape culture knowingly or unknowingly by doing one or more of the following things:
1:  Human males/men are unable to exercise self-control especially regards sex
There’s many casual ways many excuse perpetrators from responsibility and block accountability by point to the idea that men cannot control themselves. If not for anything at all, I think this statement is as offensive to men as the definition of offense can go but it more detrimental to women’s lives since the responsibility for men’s sexual desires are expected to fall on them.
2: Victim bashing and blaming
You have it no matter what society you come from. It might be slightly different versions but ‘she asked for it’ is all too common in a conversation about sexual violence. Welcoming criticism and scrutiny of a rape victim than the perpetrator. This blaming ranges from  â€˜what was she doing at his house?, why couldn’t she scream, she didn’t fight hard enough, why didn’t she go to police’…and list goes on. This victim blaming is responsible for the silence of majority of victims of rape, the continuous systemic oppression of victims and protection of abusers makes it clear to victims – ‘You will not be believed’.
The bashing of victims is not a one off event; it is found in everyday condoning of sexual harassment/violence through statements like â€˜she is too full of herself’, â€˜you should feel privileged he wants you’, â€˜sexual violence is a show of love’, etc.  For male victims, there’s a whole assumption that is held everyday in performative masculinity that men don’t get harassed or raped.    Victims are silenced when you refuse to call out, name and shame rapists and their apologists. When you support, actively or passively,  your favorite celebrities who are accused of rape, you are participating and extending the tentacles of rape culture. The existence of a rape culture, most especially victim blaming, makes it further difficult for other victims to come forth.
3: Scrutiny/policing women’s dressing
No matter where you live, degrees may vary, but unnecessarily scrutinising women’s dressing is a common way we maintain the culture of abuse. The constant moves to correlate dressing with violence to deny victims a voice happens everyday. What needs to be known is that rape happens to all women, covered or not, so it has absolutely nothing to do with dress but power.  Instead of policing women, we should be safeguarding respect of women, their bodies and their choices.
5: Media that ridicule women and objectify women
From sexually explicit content to biased reportage of rape cases, the media remains big player in the rape culture. Media, it is often said, is a mirror of society but it has a duty to be gatekeeper and curb the culture of sexual abuse.  We often see many substituting â€˜rape’ for â€˜sex’ to reduce the horror of rape or use ‘love’ when it is harassment.
6: Abhorrent beliefs and cultural practices
There are many harmful beliefs out there about rape which maintain power against victims.  Beliefs that girls (or victims) allow themselves to be raped and many often participate in traditions that normalise sexual violence. Child marriages and beliefs around purity put lives of girls at stake.
Enabling this rape culture is not only by individual behavior, sadly, systems we all rely on too do enable rape culture. For instance police response (or the lack of it), presence (absence) of appropriate medical aid for sexual abuse victims, interference by friends and family in rape cases at the court, etc. Rape culture is institutionalised which normalises the violence and fails victims even before they start the process of justice. Creating and enabling this culture marginalises victims and allows the abuser to confidently perpetuate their vices while avoiding any form of accountability.    I understand that rape culture may be so normalised that you many wonder where to  begin from but here is some ten things  you can do:

In the end we can’t make progress on this topic until we call a spade a spade and find better tools. As more and more women and girls continue to courageously face their abusers and bring their stories to light, we must cultivate a culture that makes their pain less, a culture that believes in justice and accountability for all.


 Josephine Agbeko is an international development practitioner focusing on gender and youth advocacy, sustainable  business, circular economy and rural development. She enjoys sharing the stories of inspirational women and envisions a world where there is equal opportunity for females and males.  Find her on Twitter: @July_Born 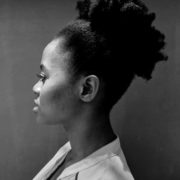 Josephine Agbeko is a professional in climate justice and sustainable agriculture, sustainable business and gender development. She has deep interests in telling the stories of women and is particularly the wonder stories of women who have shattered glass ceilings and continue to do so. She is passionate about development in Africa and the power African women wield. She blogs at www.musingsofxornam.wordpress.com.

Female and Moving far away from Home