If you have ever engaged in feminist discourse you probably heard of the term ” rape cultureâ€. It was first used by feminists in the 1970s to describe an environment and a culture where rape and sexual violence are excused and normalized.

It is unfortunate that in 2018 we are still talking about ending the rape culture.

In her book Transforming a Rape Culture, Emilie Buchwald explains that ” when society normalizes sexualized violence, it  accepts and creates a rape cultureâ€. The deep-seated rape culture is all around us; it’s the harassment of women you see on the streets; it’s the music you listen and dance to that glorifies sexual violence such as Robin Thicke’s ” I know you want itâ€ lyrics; it’s the objectification of women in the media that reduces them to sexual objects; it’s the blame placed on women for choosing what to wear, it’s the slut-shaming comments you hear or make and the rape jokes on social media. The list is endless. The more this misogynist culture is internalized and validated the more it is perpetuated, knowingly or unknowingly.

It is important to understand that contributing factors to rape culture are not just overt actions of aggression but a whole set of attitudes, behaviors and language that enable sexual violence. Rape is the ultimate result of continued misogyny and sexism. The continuum of sexual violence ranges from whistling to a woman in the streets – a behavior many a times tolerated and considered as ” appreciation of beautyâ€, to verbal harassment and unwanted sexual advances. These behaviors create a dangerous narrative and acceptance of what women are perceived and valued as, although they may not be considered harmful or criminal.

So why do we react strongly to explicit sexual violence acts such as rape yet we condone behaviors and attitudes that contribute to it? Perhaps the answer lies in how society treats women. The rape culture affects every woman. Thankfully many women might never become victims of rape in their lifetime, but as women we have to constantly keep our movements and behaviors in check; we are repeatedly policed about where and when to go, that it is a mean world out there, that we need to stay safe, that we should not walk alone at night and so on. Society teaches women ” how to avoid rapeâ€ but forgets that rape is an act of violence and it is voluntary.

Furthermore, society blames and vilifies women for the rape committed against them! Victim blaming is any statement or question that focuses on what a victim of sexual violence did or did not do to prevent the rape from happening; it assumes that women are responsible for or contributed to the harm that befell them. What were you wearing? Why did you drink? What were you expecting when you went to his house? You should have been more careful. We have heard of such. If something bad has happened to her, there must be a reason for it, they say. People find anything to blame other than the person who’s actually committing these acts. I cannot say it any louder: RAPE IS A CONSCIOUS CHOICE MADE BY THE PERPETRATOR!

Some will say what about false rape accusations? Yes, they happen and they should not be ignored. But statistics are clear, they are rare. So, let this not distract us from the real issue. In the words of Roxane Gay ” I give the victim the benefit of the doubt when it comes to allegations of rape and sexual abuse. I choose to err on that side of caution. This does not mean I am unsympathetic to the wrongly accused, but if there are sides to be chosen, I am on the side of the victim.â€

The blame culture marginalizes the victim and adds to the shame one carries. Often those who speak out are subjected to negative reactions from family, friends and service providers alike. These attitudes make it harder for the victim to come forward and report the abuse or simply talk about their experiences. To make matters worse, rape is normalized to the extent that women are encouraged or obliged to accept the outcomes, such as keeping the child once one finds out she is pregnant (but that is a story for another day).

Sexuality in many of our African cultures is a complex issue. Men are taught that pursuing a woman vehemently and subjecting her to unwanted sexual advances is sadly part of the sexual conquest. These male behaviors are rewarded as masculine, when in actual fact they create dangerous and blurred lines between sexuality and rape. On the other hand, women are socialized to be submissive and welcoming of the advances. Some will argue that â€˜women derive joy from being pursued’, or that â€˜this shows that the man is indeed serious’, that â€˜women mean no when they actually mean yes’. But the absence of a blatant no does not mean it’s not a no. Right? Sex without consent isn’t sex; it’s rape, period. We live in a world where the threat of male violence puts women at risk of emotional, social and physical harm. Saying no can at times be dangerous for the lives of women. Unfortunately, many live with this reality.

Rape is an act that takes away one’s power and it can only occur when social and cultural norms allow oppression of women. One cannot begin to understand the psychological and emotional effects that rape bears on victims. So instead of trivializing rape victims and the harm it causes to them, let us hold men accountable for their violence against women.

Challenging cultural attitudes and behaviors that perpetuate the rape culture is not just a feminist issue, it is an issue that should concern each and every one of us. So, ask yourself, what are you doing to challenge this harmful culture? 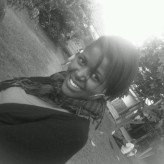 Olive is a feminist and PanAfrikanist with over 10 years of experience in policy and advocacy work for women’s rights in the Great Lakes region. She works and lives in Kigali, Rwanda. You can connect with her on Twitter where she regularly talks about dismantling patriarchy.

Sister, If We Are Going To Heal, Let It Be Glorious

Mirror of Time (by Nafula Wafula)

Heard of Rape Culture? This is how you may be Enabling it