Is there a “women’s movement” in Malawi? Yes, there are many times as a country we have engaged in a deliberate process of movement building but these efforts have often been fragmented and disparate, ultimately failing to break down the silos we hold so dear in this country.

This question is even more pressing as there’s growing concern about the increase in political violence against women as Malawi heads to the polls this May 2019. In the past five democratic elections held, women’s active participation in politics has had its low moments. Malawi can boast of one fluke ascension to the presidency when the death of sitting president Bingu wa Mutharika led to the country’s first female head of state, Joyce Banda. That was five years ago and the national backlash from that female presidency continues.

Women are still underrepresented in all public life and are less likely to become politically involved. Political space is rife with violence and vitriol, both on and offline. Oftentimes the nature of the Malawian party politics pits women against each other such that women’s voices are drowned out by the “party line” and their chance at unity is eroded by the fraught nature of division between the political parties.

So when on 22nd January 2019 Malawian women of all political leanings came together to stand and be loud about the unprecedented levels of violence subjected to women during this electoral cycle, this in itself was an unprecedented. Ultimately the story that called for this historic gathering is that of Veronica Katanga, a Muslim woman in Mangochi, who was undressed out of her United Transformation Movement (UTM)-branded T-shirt and party regalia.

Katanga was on her way to a local rally, travelling in a vehicle with other supporters  when they ran into a blockade put up by political operatives from the ruling Democratic Progressive Party (DPP). She was forcibly stripped of her party clothing by the DPP supporters. Her bra was torn and she was left standing by the roadside with one breast exposed. The attackers took her phone and filmed the entire event. They also stole her money. Within minutes of the incident occurring, a video clip of her “humiliation” became a social media sensation.

Katanga, a survivor, attended that January meeting and was given the space to narrate her ordeal and the myriad of other violations that she had since experienced, including the breakdown of her marriage. After the publicity of the incident, her husband left her claiming that the widespread viewing of her stripping had brought shame upon him. Her experience was seen by all the women as being worthy of a unified response – the rallying cry was that they have stripped all women! It was an empowering moment, hopeful, and an indelible one.

The gathering was coordinated by the Parliamentary Women’s Caucus and women leadership from all the major political parties were in the room, including high level representatives from the DPP and UTM. These women each took turns pledge that  their political parties would refrain from violence against women and that there would be a change going forward. The groundwork for this unified front was laid by the women’s manifesto that was developed and launched towards the end of 2018 and the enduring leadership of the Parliamentary Women’s Caucus.

Simultaneously women’s organizations led by the NGO Gender Coordination Network held a separate press briefing  echoing the sentiments of women in politics and called for the arrest and prosecution of the attackers and all others involved in violence against women. All these events ended with a coordinated protest march with a joint petition delivered to key duty bearers including the Inspector General of Police (IGP), the Malawi Human Rights Commission and the President.

It is important to point out that the officers from the Commission, including the head marched alongside the women. As for the police, it was gratifying to see that most of the police at the protest march were female and the IGP sent a message of solidarity and a promise to investigate and prosecute the culprits. I know about this message because it was shared with me personally.

Due to this nationwide protest against Katanga’s assault, the police investigated and indeed arrested her attackers within a few days after the march. The men were charged with robbery with use of force AND “insulting the modesty of a woman”.

The response to Veronica Katanga’s case, seen as a “humble” woman who was publicly humiliated by horrible men, was starkly different from the experience of another woman Beatrice Mateyo two years before.

Beatrice a bald and bold women’s human rights defender and Executive Director of the Coalition for the Empowerment of Women and Girls (CEWAG)  was arrested in September 2017 for participating in an anti-violence protest and specifically for carrying an “offensive” placard. The march against rising levels of violent crimes against women had drawn protesters and survivors to share experiences and their losses – it was story after story of harrowing violence and even death. It was at this march that we also learned that the violent deaths of several sex workers that remained unsolved despite the perpetrators being known and the cases being reported to the police.

Beatrice Mateyo’s crime was holding a handwritten placard that declared “kubadwa ndi nyini si tchimo, my pussy my pride” translated from Chicheŵa to mean “to be born with a vagina is not a crime/sin.” The feminist placard took over social media (as we were marching) and it came to the attention of the police head who ordered that Mateyo be arrested.

It was at the end of the march, as the petition was being read to representatives of the Ministry of Gender on the steps of City Hall, that Mateyo was bundled into the back of an unmarked police vehicle and driven to the nearest station where she was formally arrested and charged with “insulting the modesty of a woman”.

Two protests. Two women who experienced violence. Two varied uses of an archaic piece of law to perpetuate a protectionist view of women.

Mateyo, represented by the Women Lawyers Association of Malawi (WLA), challenged the legitimacy of her arrest and particularly asked the Court to clarify or nullify the offence of “insulting the modesty of a woman.” Her lawyers have argued that the offence is vague and overly broad, open to subjective interpretation and gives virtually no instruction to the public, to the police or to the courts to help identify the criminal action.

As such, in the past two years the singer of a rape song, a group of women who violently and sexually assaulted another woman, and a man who made an unflattering comparison between the country’s First Lady and the cartoon character Rango have all been charged with “insulting the modesty of a woman”. A public litigation case is being supported by the Southern Africa Litigation Centre(SALC) which says the law was “surpassed by the passing of the Gender Equality Act, which criminalises sexual harassment in a gender-neutral manner.”

This is why my excitement at women of Malawi standing and protesting together violence against women in election cycles is tampered by my cynicism [or pragmatism]. My enduring belief is that as long as we fail to address the elephant in the room, our congregating will always rely upon the reactive momentum that is sparked by an ideal victim.  We also value classist conformity over radical smashing of the patriarchy.

Without lessening the legitimate voice and experience of Katanga, I think ultimately she got this much support because she was seen as an “ideal victim”, relatable, religious, feminine not a feminist. Katanga brought people together in ways that the arrest of Mateyo, a head shaven feminist did not. The silence that followed highlighted how far apart we actually are.

Many may see this new solidarity as great step and progress but it is not that radical when you consider how the same piece of law was used to persecute one and protect the other.

Unless and until we confront this law and the ways in which it is applied, we are trapped in between the understanding of  what ‘modesty’ entails in law and in fact. And we might never quite coalesce the proactive force needed to make sustainable social and political transformations in women’s lived realities across this country.

Sarai Chisala-Tempelhoff is a human rights lawyer and legal researcher. She’s the former president of the Women Lawyers Association of Malawi and Founder of a women’s legal empowerment initiative: The Gender and Justice Unit. Her research focus is on women and access to justice, and the particular intersections between the letter of the law and women’s lived realities. Twitter: @Saraichisala

Theodora Talumba Mkali contributed to this piece. She is a currently Phd Candidate at the University of Stellebosch, Cape Town. She is also an associate researcher at the Gender and Justice Unit in Malawi. Her research focus is on human rights law, feminism in Africa, mining law and sustainable development for African women. 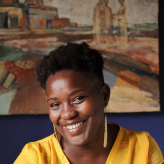 arai Chisala-Tempelhoff is a human rights lawyer and legal researcher. She’s the former president of the Women Lawyers Association of Malawi and Founder of a women’s legal empowerment initiative: The Gender and Justice Unit. Her research focus is on women and access to justice, and the particular intersections between the letter of the law and women’s lived realities.

Battling Endless Questions and No Answers

Learning and Unlearning: A Woman’s Perspective (By Nafula Wafula)