May 25 is a special day for Africa and African history! Africa celebrated the creation of a continental body some 56 years ago. A grand determination to unite the continent drove its establishment. This continental body, the Organization of African Unity (OAU) was revealed to the world on May 25, 1963. What a time of hope and joy I imagine this might have been!

The forefathers, some countries having gained independence while some still under colonial rule, and Ethiopia, the beacon of liberty, must have all been thrilled at this remarkable achievement regardless of challenges they were yet to face.  We carry this flame within us today, in a hope that Africa will forge ahead and become the glorious, wealthy and peaceful continent it was envisaged.

Be that as it may, a major issue lingers on – what of Africa’s girls and women? From literature, I know there were myriads of fierce African women who contributed immensely to Africa’s liberation and unity. For many who are used to narratives that depict male-dominated historical achievements, the absence of African women’s contributions is a norm with little questioning. There could many explanations as to why habitually men, however much they worked, dominate in most narratives. But for many of us who want to look beyond what popular history books say, we seek to learn and question – where are Africa’s women?

Is it possible that no more than a handful of African women contributed towards this continent’s unity?

It was in the footsteps of these women that later freedom fighters like Winnie Madikizela Mandela, Leymah Gbowee, Wangari Maathai and many others followed. Even beyond the colonial struggle, I have read about and been awed by the courage and grit of African women like Empress Taytu, Queen Nandi and so many others.

As a Historian, I am fascinated by tales of fearless women who either fought alongside their male counterparts or acted as strategic thinkers who advised on key battles; and not to forget the African women who took up arms and led warriors to victory like Queen Aminatu of a Hausa warrior queen from now Northern Nigeria and women in Mozambique’s FRELIMO.

Yes, it is in the past five plus decades that Africans have achieved their independence, and we have our forefathers to thank for working hard to bring us here. After all, they are the ones our books and accounts tell us made that happen. But why only predominantly one side of the story? Comparatively, only a few women get a mention here and there in this important struggle.

We need to expand our recognition of this political struggle away from predictable frontlines for instance by bringing in other struggle areas like music and the arts. Take for instance Miriam Makeba of South Africa– through her music, she fought for civil rights and boldly shared her culture with the rest of the continent and world at large.

There simply isn’t much logic in the notion of only forefathers with more than half of the continent being female and suffocating women’s and girl’s stories.

We cannot continue to speak about African women and girls only in reference to victimhood.

The little that we know from history and present stories that has made it to our ears, tells us over and over that women have made our countries what they are – but are we truly listening?

Why are we so frightened of idea that a woman too is a ‘doer’?  That, women too brought us here? Why do we shy away from telling; writing this story?  Where is HERStory? We must continue to document and tell stories of African women’s contributions to our societies from liberation struggles to everyday upholding of our communities. 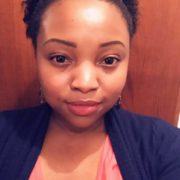 Edda is a feminist writer and communications specialist in areas of youth, peace and security.

We Must Openly Talk About Our Bodies, Our Blood Freely Without Fear