From June 3-6, the Women Deliver 2019 Global Conference was held in the Canadian city of Vancouver. The gathering, which focuses on gender equality attracts actors from government and civil societies across the globe. President of Ghana, Nana Akufo-Addo was among key guests to speak at the opening. It was after an incredible speech of 18 year-old Zambian Natasha Mwansa on inclusion of young people and women, that the president made some remarks that did more than turn a few heads and created social media buzz for days.

The President stated “we are not seeing enough dynamism and activism on the part of those who are seeking. I am talking about dynamism where it matters… electing people to Parliament, controlling political parties because they are the instruments by which our societies make decisions.”

This was in reference to the need to bring more women into leadership. The UN High Commissioner on Health, Employment and Economic Growth and Canadian physician Dr. Alaa Murabit who was on the same panel didn’t let that pass. She gave President  Akufo-Addo the necessary response.

“It is fundamental that we begin to understand how much systems have been shaped to ensure that women do not get to be in positions of power. It is important to realise there are dynamic incredible women that the door remains closed to,” she responded. Dr Murabit then urged the president, as ally, to seek those dynamic voices in society with agency and bring them to power.  It was startling to watch as Dr. Murabit’s moved to refute the president’s assertions met with resistance. As she tried to explain the structural challenges that keep women out, the president interrupted, asked her how those doors were going to open.

If halfway through his term President Akufo-Addo does not, presumably, know how to open doors for women to achieve more then we have a big problem. The President’s reaction towards Dr. Murabit is very familiar defensiveness that women face. I have been in countless rooms where male voices drowned out female ones or at least attempted to. My tweet to that effect was predictably met with derision by a number of men.

See how he tried to speak over her and make it look like she didn’t know what she was talking about? Women deal with that shit in professional spaces all the time. Gender advocate indeed 🙄 https://t.co/1FKqpbbl1O

A 2014 study at George Washington University showed that men are about 33% more likely to interrupt a women as they are to interrupt a fellow man. But even in the face of statistics, many men believe this women’s experience is imagined. The responses from Ghanaians  to the video on Twitter were predictably disappointing. Many men saw nothing wrong with the President’s attitude in refusing to listen Dr. Murabit while the many women who expressed outrage were accused of “doing too much”, making up oppression where none existed.

Like many other instances, it is no surprise that so many Ghanaians do not understand (read, are clueless) why eyebrows are raised over the comments by our dear “gender champion” President. How then will the doors open ?! 🤔🤫😂 #Ghana

That we “e-feminists” were making everything about gender. Expressing no understanding of power dynamics, many asked what the interaction would look like if the roles had been reversed- this seeking of reversing roles and characters without addressing the incident in question is itself a known distraction tactic. The thought of losing power by recognizing our humanity got these men defensive and it wasn’t long before the responses turned into abuse.

The president’s words were disturbing especially coming from a leader who was heralded as the 2017 African Union Gender Champion and made the pledge for the UN campaign seeking men allies ‘He For She’.

In his eyes, Ghanaian women weren’t making it as far as we could because we weren’t trying hard enough

It should not be loss, the fact that he was speaking after such an eloquent and valuable speech by Mwansa the young Zambian journalist.  Mwansa had proposed solutions to open doors for women and youth calling for increased budgetary allocations for gender equality programs and for the gap between what politicians promise and what they deliver to be bridged. Clearly, he wasn’t listening to young women and that makes it more than likely that he hasn’t been listening to Ghanaian women either.

Failure to recognize systemic discrimination against women and girls is and how early it starts is rampant. Yet in many parts of Ghana, girls miss school because they do not have access to sanitary materials. In January 2018, the BBC reported that girls in the Upper Denkyira East district of the Central Region were not allowed to cross the River Ofin on Tuesdays and during menstruation.

In many high schools, girls are blocked from being head prefects because a boy cannot be deputy to a girl, hence carrying forward societal myths and prejudices to female leadership. Similar statements are made in workplaces, where men refuse to answer to a female supervisors/leaders. In October 2017, two women successfully sued the Ghana National Fire Service after they were dismissed for becoming pregnant during their first three years of employment. Despite winning the cases  by April 2018 both women weren’t reinstated until media report shed a light on their plight March this year.

How does he expect to attain Sustainable Development Goals including Goal 5 on Gender Equality if the president can’t see the roadblocks impeding our progress? His performance also shows how the limitations of this recruit men into gender equality struggle at all costs. We need to ensure allies do their homework on what privilege and power they have over women and how they can redistribute it. How will the president and his 5000 young ‘He For She’ recruits practise allyship?

More than a year after he took the pledge, the Affirmative Action is still waiting to be passed and Ghana’s women representation in leadership is too embarrassing for the democratic badge that the country is often accorded.

The percentage of women in the current Ghana cabinet stands at 26 per cent and in December 2016 elections, only 36 women were elected to Ghana’s 275 member parliament making it 13 per cent.

Many laws that could advance the rights and protection of women have not been fully implemented. Much of the systemic discrimination and challenges Ghanaian women and girls face have yet to be tackled with the honesty it requires. But if President Akufo-Addo’s words are anything to go by, the women of Ghana are in for a very long wait.

Makafui Ahorney is a young feminist with a passion for speaking on uncomfortable but necessary topics. She is creative director for The Nameless Campaign and can be found on Twitter @makahorney and @tncampaign. 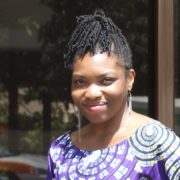 Makafui Ahorney is a young feminist with a passion for speaking on uncomfortable but necessary topics. She is creative director for The Nameless Campaign.

Africa, When Will You Overcome the Fear of Parts of Your Existence?

The Struggle Begins at Home: Domestic Worker Rights in Ethiopia

Homophobia is a Feminist Issue; An Urgent Call to Prioritize the Rights of LBQ Women in Ghana