Still on the issue of Agency, the following post was originally published on Open Democracy in August 2012. It is re-posted here with the permission of the author, Sehin Teferra, who is not only a frequent guest blogger here, but also one of my favorite Ethiopian feminists. In this enlightening piece, Sehin introduces the agency expressed by sex workers in Addis Ababa and reveals the varying definitions of what violence is and is not as perceived by sex workers. 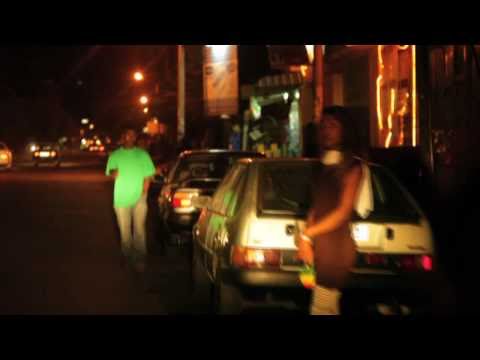 In Ethiopian cities, sex work is entered into relatively easily. Many young women become sex workers having failed to make ends meet by waiting tables or working as house-help, or when personal hardship such as an unplanned birth pushes them into selling sex. In other instances, sex work is taken up casually, when a girl runs away from home because of a disagreement, or because she is drawn by her working friends’ material things. The perceived glamour of the sex worker lifestyle is also a pull factor and appears on a continuum with other young women’s entry into a â€˜party’ and sexualized lifestyle.

These findings are part of a feminist analysis of violence that I undertook within Ethiopian sex workers in Addis Ababa from October 2011-July 2012. I conducted 90 interviews, seven focus group discussions with sex worker women and their male partners, as well as two groups of male university students.

Nearly all the women I spoke to had faced violence at some point; only three reported no violence experienced in the context of sex work. Notions of being a woman include physical harm by men, and I was often told matter-of-factly, â€˜’set nesh, timechalesh” –  â€˜‘you are a woman, you will be hit”.

In terms of defining violence (tikat), most of the women do not consider insults or name-calling as violence, and often told me that they can give these as well as they get them. Light slaps and shoves are not considered as â€˜real’ violence, and are to be expected from benevolent bar-owners as well as boyfriends and clients when disagreements arise, however, being badly hit to the point of physical injury is  considered violence. Rape without a condom by multiple assailants was most commonly described as the worst form of violence experienced by sex workers.

The views of the women sex workers in Addis Ababa are highly relevant to the debate within western feminism on the nature of sex work. While feminists such as Kathleen Barry, and Sheila Jeffreys – the author of the  Industrial Vagina  –campaign for the abolition of â€˜prostitution’ which they view as inherently exploitative of women, others in the â€˜sex-positive camp’, including some sex worker associations such as COYOTE (Call Off Your Old Tired Ethics) in the US argue that sex work should be viewed as a  legitimate choice  by women who have not been forced into it. Other feminist and non-feminist organizations such as Nikat, the first Sex Workers’ Association in Ethiopia, take a more pragmatic approach and recognize that for all the moralism around sex work, it is unlikely to end, and engage with practical aspects of it including ensuring the welfare of sex workers.

In addition to highlighting the extent of violence faced by sex workers, in the absence of a coercive environment that forces women to sell sex, Ethiopian sex work may be viewed as a platform for creative resistance and engagement for some women.

In cultural terms, women are charged with responsibility for â€˜taming’ the wild sexual impulses of men and to keep the peace at the home, and this notion of responsible and  tagash  (patient) femininity extends to sex work. Many sex workers have told me that it is up to them to diffuse conflict with clients before they escalate into violence as men cannot be expected to be rational, particularly when drunk. Handling clients  be’peace    (â€˜with peace’) is a strategy often used, also in combination with displays of anger or violence as the situation demands. As 14-year-old Fatima said, acting  kilislis  or shy and retiring works with most clients, however, some clients require  tiebit  (arrogance).   Her friend Nebiat (15), agreed that a sex worker needs to ” adjust her treatment to how the client treats herâ€.

The sex workers I spoke to did not portray themselves as victims, and neither were they presented as victims by the men I interviewed. While corroborating stories of physical violence meted out by clients or partners, many women told me that they fight â€˜equally’, and the phrase they often used â€˜’tedebadebin”  (‘we fought physically’) as opposed to â€˜’he beat me up” illustrated their often equal participation in violent encounters.

In addition, many women preempt violence in the context of both sex work and particular sexual relationships. Sometimes, the jealous and â€˜crazy’ sex worker-girlfriend seems to be a role that some women aspire to, a few men told me that they do not pick up their mobile phones if they are with their sex worker-girlfriends who might suspect them of cheating on them, and one ex-partner of a sex worker told me, with some admiration, that his neck is heavily scarred from her frequent scratching.

Beyond participation in physical violence, sex workers’ agency extends to their buying power; as Adey, 22, said, â€˜’Sex work is ugly, but the money is good.” Despite the low stature of women in Ethiopia in general, sex workers are recognized as making good money by Ethiopian standards –  which extends to those young women who may not identify as sex workers but who nevertheless benefit materially from sexual relationships. The recognition of sex work as undemanding, high-yield work, is reflected in the dependence of many couples and families on a young woman who sells sex. Many male partners of sex workers expressed frustration that as unskilled labour, they cannot find work that pays as well, and as regularly, as their partners’ sex work which would enable them to get the women â€˜’out of this life.”

Similarly, while many sex workers themselves often express a desire to leave their line of work, others recognize that sex work has allowed them to provide for themselves and their families as well as furnished them with material benefits they would not access otherwise. As Berhane (22) who ran away back to Addis Ababa and to sex work after her brother had â€˜rescued’ her back to their hometown told me candidly, â€˜’when I first started sex work four years ago, the life was sweet. Having money was a novelty, and I was wearing clothes I had never worn before.” In a poor society with limited means for unskilled young women, sex work is a highly lucrative (if fraught with danger) option which partly explains its adoption by a significant segment of the female residents of the city.

The pervasiveness of sex work may also be related to the culture of viewing women’s sexuality as a commodity. To this end, sex workers often describe sex as something to be exchanged for a material gain. For instance, my informants in Datsun Sefer,  a red-light area, teased their friend who had her first sexual experience as a pre-teen that they could have made good money from her virginity if she had not given â€˜it’ up for candy.

Sex workers’ language highlights the vagina as a symbol for women’s sexuality which is to be exchanged for money. The vagina is sometimes referred to as a tool (a sex worker who cites a low price may be admonished that â€˜’your tool is not a toy”) or often personified as a reliable woman – â€˜’better to borrow money from your vagina than from your neighbor” is a common mantra among sex workers. In addition, adopting a powerful stance, a sex worker is reputed to have told the bar owner who demanded free sex, â€˜’I would rather sew it shut.”

Like obesity and divorce, sex work is a state of affairs that no one actually wants, but which is common enough to warrant destigmatization. As a mother of a baby girl, it was often hard for me to listen to my respondents’ stories, and I particularly cannot condone teenage sex work. I also acknowledge the inherent imbalance of power between women and men that lies behind gender-based violence.

However, my research did not corroborate the abolitionist view of sex work as unconscionable evil and of sex workers as hapless victims, even the teenaged ones. The young women I got to know during my fieldwork are intelligent, humorous and often honest about the opportunities and challenges of being a sex worker. Moving beyond the simplistic dichotomies within western feminism on the nature of sex work, the views and experiences of the women I interviewed paint a complex picture where many women come into their own, negotiating with their sexuality an income while withstanding the ‘occupational hazard’ of rampant violence.

Sehin Teferra is an Ethiopian feminist activist and a PhD candidate at the University of London. She is currently researching violence against sex  workers in Addis Ababa, Ethiopia, where she lives with her husband and daughter.

Things I Imagine Telling My Daughter

Nothing is more alive than the dreamer...