Following the escalation of femicide cases in some African Countries particularly Kenya and South Africa, there has been a wave of solidarity in women naming and shaming their abusers on social platforms such as Twitter. This happened following the rape and murder of 19 year old first year student   Uyinene Mrwetyana by a postman in Cape Town.

There was an overwhelming cloud of heaviness and pain on online platforms particularly Twitter because women felt unsafe that there is nothing much we can do as women to guarantee our safety. The daunting realization that we live in societies that see us as lesser beings, that do not take extra measures to protect us and whose systems fail us, day in day out, is a lot to take in.

Many men have been engaging women who resorted to naming their violators online asking why they didn’t take legal action or follow the right procedures to report these cases.

I happen to be one of the women who named the man that abused me and through that I experienced a lot of pain but a lot of relief as well.

We have to understand that in most of our countries, access to justice is very hard to achieve and is a very exhausting and draining process for survivors to endure. And because of this, the majority of womxn who experience abuse are left to seek healing for themselves outside the possibility of justice being served. The few womxn who do have the courage to report and follow due process more often than not end up being failed by the system.We live in a time where people can manipulate the judicial system, the burden of proof is often left to the survivors and more often than not the circumstances in which the abuse took place jeopardize the credibility of the survivors.

By this, I mean how respectability politics come into play when talking about abuse. That if a woman ‘put herself’ in that position then the abuse she experiences is justified. Why did she allow herself to get drunk? Why did she go to his house? Why did she take his money? And so on. Sometimes we have cases where women had consented to intercourse and then withdrew the consent midway and that is used to discredit them as survivors of abuse.

About four years ago, two Kenyan women were courageous enough to speak about the abuse they went through and the abuser in question filed a defamation case against them. The ruling was made about two or three months ago in favour of the abuser in question and requiring the survivors, the two women, to pay him as damages. One of the women, writer and poet Shailja Patel, fled the country and refuses to be subjected to such a ruling and continues to speak her truth without fear.

The unfortunate part about women finally getting a platform to seek healing and getting some form of justice by outing their abusers on social media platforms is that men have quickly found ways to make to make it harder. Now women are scared that if they do call out their abusers that they too could be sued for defamation when they have no proof to show for the abuse they experienced but their word.

With  the #MeToo movement and African women on Twitter  naming and shaming their abusers as the only viable form of justice they can ever achieve, this  really makes me question why we don’t have systems that favour survivors of violence and abuse in place. Why can’t we access justice that we are forced to seek our own forms of justice? What can we do to better our systems so that they can actually be functional and fruitful?

How can women like me who did not report the assaults on us in time to access justice a few years back be deemed too late?

How can we come up with policies and frameworks that support victims and survivors? And in the event that women act as I did, finally finding the courage to name my abuser years after I suffered abuse, how can I still get redress? Or is it a situation where I am expected to pick up the pieces on my own and seek my own healing while he continues to live life the way he wants? The Kenyan court has set a very dangerous precedent where abusers can seek redemption by filing defamation suits and winning because the odds are forever against survivors They get to  still have their reputations intact while survivors struggle to move on from the assault they’ve experienced.

What is the cost of justice for womxn who’ve had to endure and survive violence? 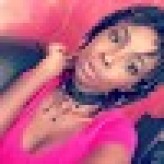 Speaking About This “Taboo” Can Save Your Life, Period!

The Crossroads Where Afrophobia and Sexual and Gender based Violence Meet

We Must Eliminate Violence and Harassment in the World of Work

Ins and Outs of Catcalling